The momentous PBA Season 47 grand opening last June 5 was made even more memorable by a star-studded program, a special awarding ceremony, and the much talked-about parade of teams with their respective muses. Aside from the live audience at the Smart Araneta Coliseum, TV viewers also got to enjoy their front-row access to the spectacular show via the live telecast of TV5, One Sports, and Cignal’s PBA Rush channel.

The PBA officially opened its Season 47 with Morissette Amon singing the Philippine National Anthem, followed by TV5’s Born to Be A Star Finalists Hans Paronda and Jannah Bocatiya’s uplifting invocation.

Hosted by Gretchen Ho and Vhong Navarro, the PBA Season 47 grand opening was filled with entertaining performances from Buganda Drumline and Dancers, Lovi Poe with G-Force, P-Pop Idol Girl Group BINI and Aces of Pop BGYO, PoPinoy’s Yara and Versus, and the Sing Galing Kantastic 6.

To the delight of the audience and the viewers watching the live broadcast of the event on TV5, One Sports, and Cignal’s PBA Rush channel, the PBA players showed their fun and quirky side as each team showcased their own entertaining VTRs and dance samples.

Another highlight of the PBA grand opening was the resumption of the 46th Season Leo Awards, the annual awarding ceremony that honors the PBA’s outstanding players. Hosted by Jutt Sulit and Denise Tan, the PBA pre-event ceremony saw Brgy. Ginebra San Miguel’s Scottie Thompson bagging the Most Valuable Player award while TNT Tropang Giga’s Mikey Williams was named Rookie of the Year.

The 46th Leo Awards also gave recognition to Kevin Alas of the NLEX Road Warriors as he received the Samboy Lim Sportsmanship Award. Terrfirma Dyip’s Juami Tiongson, on the other hand, was given the Most Improved Player Award. The All-Defensive Team Award was accorded to Cliff Hodge, Arwind Santos, Kelly Williams, Jio Jalalon, and Chris Ross.

Don’t miss the most exciting Philippine basketball season yet. Catch the live PBA action on TV5, One Sports, and Cignal TV’s PBA Rush – Wednesdays & Fridays at 3:00 PM, Thursdays & Saturdays at 5:15 PM, and Sundays at 4:30 PM. 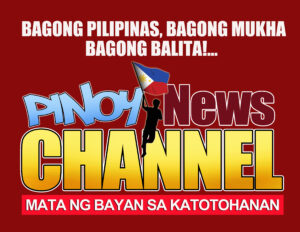